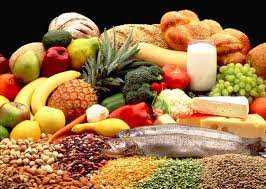 Most people I know want to live a life full of blessings. They want to be on the receiving end of God’s abundance, and want to avoid the things that cause them discomfort. Yet, the reality is that life is a mixed bag of blessing and suffering, life and death, abundance and lack, victory and defeat. Sometimes the hard times come as a result of sin, and other times, they come in order to make us stronger and build our faith. Regardless of the reason of why they come, or even how long they last, most people pray that there is sunshine and hope at the end of a storm. We hope that after great seasons of lack and austerity measures, that God will be more than generous and give out blessings that we don’t even have room to receive.

I imagine that after wandering around the backside of a desert for 40 years that the Israelites were especially hungry for a powerful display of God’s blessing. For 40 years, day and night, they ate one thing and one thing only. They wore the same shoes and the same clothes. They had rocks for pillows and didn’t even have a permanent place to live. And to make matters worse, they were extremely vulnerable to the nations that surrounded them.

But even prior to this season of wandering, the Israelites spent 400 years in slavery in Egypt. For 400 years, they worked for someone else and saw little return for their labor. They were subject to beatings and even death. In fact, their taskmaster – Pharaoh – went on a killing rampage and took the lives of all of their sons under the age of 2.  And so, if there ever were a people in desperate need of a blessing, it was them.

Fortunately for them, God was getting ready to bless their socks off. After 40 years of being in the wilderness, God was preparing the Israelites to enter into the long awaited Promised Land. Deuteronomy 8 outlines the extent of blessing that would be theirs as they enter into the land:

“For the LORD your God is bringing you into a good land, a land of brooks of water, of fountains, and springs, flowing forth in valleys and hills, a land of wheat and barley, of vines and fig trees and pomegranates, a land of olive oil and honey; a land where you will eat food without scarcity, in which you will not lack anything; a land whose stones are iron, and out of whose hills you can dig copper” (Deuteronomy 8.7 -9, NASB).

It must have been refreshing for the Israelites to know that after all of this time of captivity, wandering, bewilderment and waiting that they were finally coming into their own. And God was going all out to make sure that they had the best of the best, and that every need that they had was provided.

However, here is the caveat, the rub, the catch if you will. God never intended for the Israelites to keep this blessing to themselves. In fact, he was blessing them so that they would be a blessing to others. In fact, when God initially instituted this covenant with Abraham, this is what He told him:  “And I will make you a great nation, and I will bless you, and make your name great; and so you shall be a blessing” (Genesis 12.2, NASB). Yet, lest the people of Israel forget all that God told Abraham, God reminds them:

“ If there is among you anyone in need, a member of your community in any of your towns within the land that the Lord your God is giving you, do not be hard-hearted or tight-fisted toward your needy neighbor.  You should rather open your hand, willingly lending enough to meet the need, whatever it may be. Be careful that you do not entertain a mean thought, thinking, “The seventh year, the year of remission, is near,” and therefore view your needy neighbor with hostility and give nothing; your neighbor might cry to the Lord against you, and you would incur guilt.  Give liberally and be ungrudging when you do so, for on this account the Lord your God will bless you in all your work and in all that you undertake.  Since there will never cease to be some in need on the earth, I therefore command you, “Open your hand to the poor and needy neighbor in your land” (Deuteronomy 15.7 – 11, NRSV).

In another passage in Deuteronomy, God gives them additional instructions about how to treat the less fortunate in their midst:

These passages make it clear that God blessed the Israelites so that they would be a source of blessing to the people around them. This was a necessary because ‘there will never cease to be some in need on the earth.’ But why is this true? Because it is also true that there will never cease to be some who will exploit the vulnerable and oppress the downtrodden on the earth. Starting in Genesis, the Bible shows us that people in positions of power over others, whether perceived or real, will often use that power to do others in. We see this with Cain as he uses his power to kill Abel in Genesis 4. We see this with Sarah when she uses her power to abuse her servant Hagar (Genesis 16) before finally sending her away from her home (Genesis 21). We also see this with Potiphar’s wife when she uses her power to try to seduce Joseph into sleeping with her and then imprisons him when he won’t yield to her advances (Genesis 39).

These are only a few examples recorded in the biblical text that show us how power robs the poor and exploited in this world. And yet, this doesn’t sit well with God because He is a God of mercy, justice and love and exacts revenge on anyone who does the contrary. Without exception in God’s economy, everyone’s needs are met, particularly the most vulnerable – the widow, the alien and the orphan. In the Old Testament, the Israelites were chosen to be an extension of God – His hands and feet on earth so to speak. And so when He blessed them, He intended them to use that blessing to rescue those that society had marginalized.

As a people now living under the new covenant instituted by the blood of Jesus Christ, we are God’s representation on this earth. God places the same onus on us as He did on the Israelites to bless other people. And not just with our scraps or leftovers, but with our best.

However, such is difficult to understand and practice in an entitled, consumer driven society such as America. We have all bought into the notion that we all deserve big houses, fancy cars, the finest apparel, the latest technology and so every bit of our time, talent and resources goes toward making these things a reality, leaving little to no room to bless the poor in our midst. In fact, it is our extravagant lifestyle that causes the poverty and suffering of many, and yet we blame them for not being ingenious. Or we fault them for neglecting to work hard and pull themselves up by their bootstraps, failing to admit that somebody stole their boots (and their labor, too)!

So that we are clear, the Israelites never lived up to what God expected of them either. They exploited the poor, they robbed the widows, they neglected the orphans, and they killed the weak. After all that God had done for them, they failed to bless others. And God held them accountable for their actions. Here is what the prophet Micah had to say regarding the matter:

“Woe to those who scheme iniquity, Who work out evil on their beds! When morning comes, they do it, For it is in the power of their hands. They covet fields and then seize them, And houses, and take them away. They rob a man and his house, A man and his inheritance. Therefore thus says the Lord, “Behold, I am planning against this family a calamity. From which you cannot remove your necks; And you will not walk haughtily, For it will be an evil time. “On that day they will take up against you a taunt. And utter a bitter lamentation and say, ‘We are completely destroyed! He exchanges the portion of my people; How He removes it from me! To the apostate He apportions our fields.’ “Therefore you will have no one stretching a measuring line. For you by lot in the assembly of the Lord (Micah 2.1 – 5, NASB).”

And in another place he says this:

“For the rich men of the city are full of violence, Her residents speak lies, And their tongue is deceitful in their mouth. “So also I will make you sick, striking you down, Desolating you because of your sins. “You will eat, but you will not be satisfied, And your vileness will be in your midst. You will try to remove for safekeeping, But you will not preserve anything, And what you do preserve I will give to the sword. “You will sow but you will not reap. You will tread the olive but will not anoint yourself with oil; And the grapes, but you will not drink wine (Micah 6.12 – 15, NASB).”

In the way that God judged Israel for their neglect of the poor, God judges us.  Our greed and contempt for others in the midst of plenty is actually destroying us and yet very few are paying attention to what is going on. Republicans, Democrats, and Independents each blame the politics of the other for these trying times upon us, but the sin is bigger than any one party as we have ALL bought into this ideology of ‘more, more, more’ in spite of what it costs. But the good news is that we don’t have to live this way. As a people of faith, we can live countercultural and abandon consumerism along with all of its related vices. We can reject this notion of rugged individualism and live in such a way as to be genuinely concerned about those that are suffering all around us. And perhaps as we do this, God will heal us and restore us in the way that He ultimately restored Israel:

“Who is a God like You, who pardons iniquity and passes over the rebellious act of the remnant of His possession? He does not retain His anger forever, because He delights in unchanging love. He will again have compassion on us; He will tread our iniquities under foot. Yes, you will cast all their sins into the depths of the sea. You will give truth to Jacob and unchanging love to Abraham, which you swore to our forefathers from the days of old (Micah 7.18 – 20, NASB).