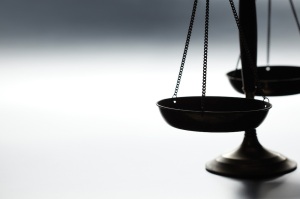 Almost daily, our T.V. screens and Twitter feeds are filled with the latest report of police violence and attack on black life. Though every incident is more heart-wrenching than the last – enough is enough –  the ongoing attacks should come to no surprise to us. While, in many ways, this nation has progressed beyond some of its ancient injustices, in many ways things have also remained largely the same.

At its core, our nation is fundamentally racist. In spite of the efforts of our ancestors and key civil rights gains of the 1960s, the ethos of our nation remains unchanged. This is so because of the economic benefit that oppressing people of color gives whites, a benefit that is built into our nation’s very foundation. This is what critical race theorists argue. One of the movement’s early founders, Derrick Bell, states that racism is ordinary, not aberrational, meaning that it is the usual way that the United States does business. As a result, racism is the common everyday experience of people of color in this country.

Initially, the ideas which gave rise to racism were upheld by the Doctrine of Discovery and Manifest Destiny – two documents which the Church signed off on which made it theologically permissible for whites to exploit others. These documents allowed early settlers to steal land away from the indigenous people who were already in this country and are also what provided whites with the justification to steal black bodies and labor.

While we are centuries away from these blatant acts, Western (American) theology has been thoroughly shaped by them. In many ways, our inaccurate understanding of the Bible, including God Himself, has justified the pursuit of wealth and material blessing with little to no regard for what the gaining of this wealth costs.

This theology also bears significant implications on our nation’s social policies which upholds and advances white supremacist ideology by continuing to oppress people of color. This is what Cherokee feminist Andrea Smith states in her article, Heteropatriarchy and the Three Pillars of White Supremacy. Smith suggests that white supremacy is constituted by three separate but interrelated logic. One of the logics is slavery and colonialism which renders black people as property, and perpetually slavable. Over centuries, the method of slavery has taken on various forms: chattel slavery, the convict leasing system, sharecropping, the war on drugs, mass incarceration and racial profiling which leads to present day police brutality.

As harmful as these things are, we must not forget about other policies and practices that are likewise detrimental: regressive housing policies; systematic exclusion from employment opportunities; exclusion from jury duty; the growing achievement gap; the absence of necessary institutions and services from black communities, including banks, grocery stores, transportation and jobs; and receiving unequal treatment from healthcare providers. All of these injustices are  upheld by supremacist theology which rewards individualism and demonizes those who have been oppressed by systems of injustice.

As people of God we should know that things do not have to be like this. In fact, we should understand that the full treatment of African Americans as human beings instead of property is not only plausible, but should be our reality. We can live in a society where African Americans are not discounted because of the color of their skin. We can live in a world where black people are not looked at through the eyes of capitalism, but through the eyes of mutuality, love and respect.

This is possible because of the Kingdom of God, established in the first coming of Jesus Christ and to be fulfilled in His return. In His first coming, He tore down the dividing wall of hostility which separates us from one another. In His blood, we can cross racial and cultural divides and be reconciled to one another. As we are still in the flesh, the fullness of this reconciliation is not a present reality. But when Christ returns, we will be wholly and completely redeemed. In the meantime, we can usher in this fullness by modeling our lives after the lifestyle of Jesus – what He said, what He did and what He taught. Jesus, the one who came to challenge empire and who pitched his tent with the oppressed in society.

This thinking is especially present in Jesus’ teaching on the Lord’s Prayer where He gives His disciples clear instructions on how to pray. But this prayer is extremely radical because it suggests that those who pray it will live different. Jesus assumes that those who pray this prayer, which emphasizes God’s justice and peace on earth, will in fact reorient themselves in light of the very things they are praying.

We can use this prayer as a model in which to construct a new theology. A theology that is both rooted in justice and love is absolutely critical to move the American Church, and the culture at large, into a future where African Americans are valued for who they are and not the amount of money that they can make the system. In addition, because the Lord’s Prayer is oriented both toward the future – a future where our bodies are redeemed, our relationship with God and each other are reconciled and every other component of God’s creation are just the way He had always planned them to be – and toward our present reality, we can know that Jesus’ instructions here give us the power to challenge and change our current situation.

In a recent study on this particular model, I proposed that we make progress in this direction by having a big picture view of God’s creation and our role in it. Understanding that God is a Father to 7 billion people all over the world, we will likewise understand that the resources of the world are for us to share, not hoard. The prayer also emphasizes the need for believers to exercise their prophetic gifting, by declaring God’s holiness and power before oppressive systems of this world that seem the most resistant toward change. We also consistently, and regressively, resist the temptation to hurt others by consuming more than we need, recognizing that the bread that God so willing provides really is enough for us. As we do these things and reform our theology in such a way as to reflect our commitment to the wellbeing of all people, we will begin to realize the full humanity of black lives in this country.

*This post has been adapted from a lengthy talk I gave on the same topic last October. To hear the talk, click here >