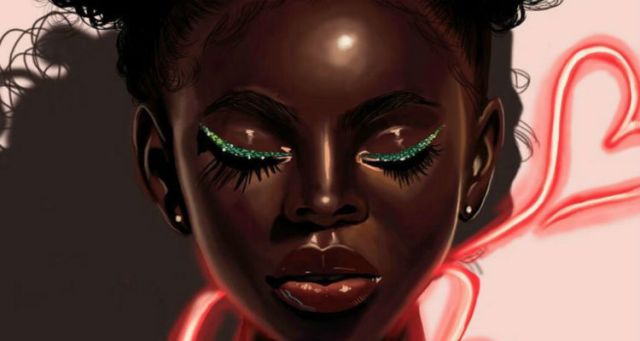 I grew up in a church environment that was quizzical and afraid about everything sexual. I mean everything! Anything that could be misconstrued as a sex act, or could lead to sex, or could make people think about sex, was forbidden. As a youth this meant purity rings, True Love Waits seminars, and books like I Kissed Dating Goodbye. Working at a Christian bookstore, I was afforded all of the paraphernalia, and none of the sense, to make sure I stayed as far away from the forbidden line as possible. Such attention to preserving my purity for marriage alone meant that I would find myself inside of heaven’s pearly gates should I die, or that I would not be left behind if the rapture occurred (sidenote: our theology was seriously and incredibly whack).

As an adult, all of the same rules applied and I came to understand that it wasn’t just sex that was an issue in the church, that bodies were and particularly women’s bodies. I can’t tell you how many conversations I have been in with friends or sermons I have heard about women making sure that we did not wear anything to lead men on. I can’t tell you how many times women have pulled me aside to tell me my blouse was cut too low or my skirt too short or who have asked me what I was going to wear when I preached on Sunday, as if I had the power to lead an entire congregation to hell if I was not dressed properly.

And of course, if static bodies were a problem, bodies in motion were all the more. This meant that there was no dancing, besides that jumping up and down movement that white Christians do during worship. There was no going to clubs that played secular music that could induce the aforementioned sin. When I first came to Minneapolis, there was one Christian club downtown that we could go to so long as we didn’t come too undone. And yes, it was lame as it sounds.

With all of the restrictions around bodies and movement, and the preoccupation with sex and abstinence, one begins to develop an unhealthy relationship with their bodies and with sex. For me, this looked like internalized feelings of shame and guilt because if my body could cause so much sin, something had to be wrong with me. So I shrunk back and became immensely displaced in my own body, and in my own skin. While I may have passed the church’s standards of acceptability – afterall I was called a “good girl,” whatever the hell that means – the reality was that I became a master at dividing my body from my spirit.

As much as Western theology and Western philosophy separates spirit from matter, or our spirits from our bodies, viewing one as good and the other as evil, the reality is that we cannot separate out pieces of ourselves and not think that it will have an impact on our whole being. Those who are familiar with the Christian scriptures, particularly the book of Romans, well understand the apostle Paul’s treatise in chapter 7 where he essentially blames his body for his inability to stay away from sin while praising his spirit for its honest pursuit of the divine. While we may not necessarily recognize Paul’s writings as Western, the reality is that he is a product of a Greco-Roman imperialistic world that had been immensely influenced by Plato and other philosophers who emphasize the importance of dividing the body from the spirit. At times, it is clear that Paul wishes to correct this way of being as we see in the I Corinthians 5 where he addresses a situation in the Corinthian church where there appear to be incestuous relationships among some of the parishoners. Yet, his corrective intensifies the division between body and spirit by not just labeling incest as wrong, but all sex outside of the heterosexual marriage covenant (and even suggests that people avoid marriage if they can so that they can be more available for the real work of the LORD – see I Corinthians 5 – 7). In order to avoid that line, he places the onus on women, instructing them to cover, not wear anything like jewelry or braided hair that could make them sexually appealing, and to stay silent in the Church so that the congregation i.e. powerful men, are not led astray by their words.

Reading through the gospels, it is clear to me that Jesus did not have these same issues with the body. In fact, in his life and ministry he was constantly surrounded by women who Paul may have in fact cast off. These were women who either by choice or by circumstance were sex workers, had dis-eases that would have excluded them from the communal worship experience, were in marriage and cohabiting relationships that would have been socially unacceptable, and were otherwise ostracized because of ethnicity, religion, or social standing. Reading about the lives of these women is a source of encouragement because I realize that my body does not need to fit into some Western, patriarchal image in order to be apart of the family of God. In fact my body, just as it is, is the tool that the Spirit intends to use to bring about her mission on the earth, as did the woman with the alabaster box who with her literal body anointed Jesus in preparation of his burial.

The Kinky Curly Theological Collective is a space for women of African ascent to come together, reflect on our unique experiences as African ascended women, and write about them, offering up to the world a way of being that is centered on our expertise, our education, and our perspective as African women. At our next session on Saturday, April 27 we will be addressing this topic of spirituality and sexuality at length. The more and more I do the work to bring my own body back in alignment with my spirit, I realize that there are other African women who have also had experiences that have forced them to chose between their bodies and their spirit. On the 27th, we will together profess that we are choosing to remain divided no longer, we are walking into the future as whole human beings together. Join us!