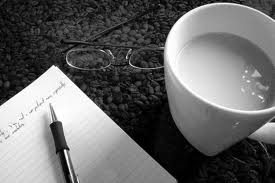 This June, and the 8th to be more precise, will mark the 10th anniversary of my high school graduation. Woohoo! 10 years since my passage into adulthood, 10 years since I left the good ol’ Mil of WI,10 years since I have not had to answer to anyone besides my God…and me really.

But I wish that 10 years ago, somebody would have sat down with me and shared with me the things that I know now, and know by finding out the hard way. I wish somebody would have told me to put money away for college while I was working these little part-time jobs throughout high school. Although that money would have amounted to much, it would have put a little dent in my overall tuition bill. I wish somebody would have told me to make sure to never live in a six-person room as a freshman in college. Yes, I only requested a two-person but ended up getting stuck in a room with five other young women of different ages, experiences and preferences. Had I known what I know now, and was able to see into the future by just a little bit, I would have fought tooth and nail to make sure I got a room transfer. That year was absolute HELL.

I wish that somebody would have told me to get counseling early on. If you knew me at all back then, then you also know that I had A LOT of issues, mostly centering around how I related with men. I put myself out there unnecessarily a lot, which resulted in a whole lot of heartbreak, tears, and bloody pillow stains from my crying so hard over my failure in relationships with the opposite sex over and over again. Had someone told me, I probably would have sought counseling right out of high school instead of waiting until my senior year in college. By then, I had done so much collateral damage to myself that it took me years, with the help of the Holy Spirit, to get myself out of the deep manure I found myself in. I also would have avoided ever dating someone who had recently gotten out of jail, had kids, didn’t have a job, was a liar, was condescending, had daddy or mommy issues, or who delighted in pitting women against each other unnecessarily.

But there are a lot of things that I did that I would do over in a heartbeat. I would go to school right out of high school, no matter the cost. I would attend a school away from home to make sure that whenever I got in trouble my family was not there to bail me out (helped me take ownership of things in my life a lot faster). I would get a job in retail or customer service so that I understand and respect the people on the other side of the counter. I would follow Jesus with all of my heart and soul early and trust him with everything I have. I would love mercy and do justice. And I would NEVER cosign on a loan.

I know that there are many out there, hopefully who are reading this, who can sympathize with me a little bit. If someone had taken the time to sit down you, or if you could go back in time, there are many things that you would not have done or perhaps would have done differently. Likewise, there are things that you would do over and over again. If this is true, and I know that it is, Project Three Sixty Six needs you.

Project Three Sixty Six, a project that endeavors to be a resource in the lives of young people, will be launched June 8th this year. That’s only a few short weeks from now. It will consists of stories, tales, words of wisdom as well as caution for youth and young adults. Although I have a lot of stories and tales myself (if you don’t know this, read Dancing on Hot Coals), I am inviting writers, bloggers, authors, and everyone else who has something to share to join me in this project. If interested, email me, facebook me, tweet me, comment on this post-basically use, whatever media outlet there is to get in touch with me. Thanks in advance for your participation.