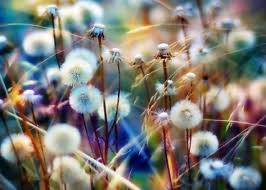 I wish that I had never…

Have you ever started a sentence or a thought that way? I know that I have. When I look back over my life and all of the foolish things that I have done in it, I end up saying this phrase, or thinking this phrase quite a bit. Whenever I do, I just laugh and shake my head, at the younger more naïve version of me. And although I am older, more mature, and a whole lot wiser- if I had the power and the know-how, I would go back into time and keep myself from doing whatever stupid thing that I did that cost me shame, money, sleep, friends, sanity, years, or connection to God. Sure, I can make the argument that I have learned a lot through the mistakes that I have made, and I most certainly have. But what if I had never made them to begin with?

What if I had never dated the interesting character that I did my sophomore year in college? I know that I lot of people ask themselves the same question about their own bad choices in dating. It was not that he was not a nice guy, it was that he was an absolutely horrible guy- seemingly charming but as deceptive as the devil. Of course I did not realize that until after we were broken up, but by then it was far too late.

What if I had never made some of the financial decisions I made, and I have made quite a few. Credit cards debt, broken lease agreements, expensive gym memberships, etc. All of these were made to satisfy my desire, my greediness to have more, more, more, now, now, now. You can’t imagine the thousands of dollars that I have paid over the years to climb myself out of the deep ditch that I dug myself, money that could have been put to better use by either saving it or giving it away to somebody in need.

Ten years ago a few days ago, June 8th to be precise, I graduated from high school. And in that ten years, I realize that there are things that I wish somebody would have told me so that I would not have made some of the ridiculous decisions that I made. Not many did, but I endeavor to be a resource in the life of somebody else so that they do not find themselves in some of the not-so-pleasant situations that I found myself in.

Let me introduce you to Project Three Sixty Six. As it sounds, over the next three hundred and sixty six days (because 2012 is a leap year), I will post little anecdotes, stories, tales, advice, warnings, or whatever else you want to call it, to illustrate a concept or lesson that I have learned over the past few years. Some of them will be quite funny, some of them sad, but hopefully, all will inspire some young soul, or old for that matter, to change their life around. Let me know if I achieve it, let my know if I don’t.

Author of Dancing on Hot Coals