On Friday, I listened to a wonderful Focus on the Family Broadcast. Tim Goeglein, former White House staffer and author of the book The Man in the Middle, shared his experience serving with former President Bush which ended when colleagues discovered that he plagiarized some of his work. Humiliated, he wanted nothing more than to simply bow out gracefully, leave without being noticed and save what could be left of his fleeting dignity. 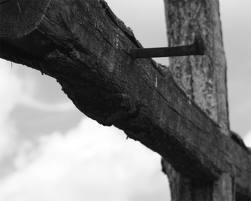 On the day of his departure, President Bush called him into his office. Goeglein fully expected to be chastised and for good reason, what he did jeopardized Bush’s administration. Goeglein opened his mouth to apologize for his wrongdoing and was silenced by these words: Tim, I forgive you. Though surprised, Goeglein tried once again to make amends for his indiscretions. And once again he was silenced by the President’s remarks: I have known grace and mercy in my life, and I am extending it to you. Tim, I forgive you.

Forgiveness. Mercy. They almost seem like foreign concepts in a world that is often unforgiving and unloving. As a people, we tend to have such a hard time forgiving others for what they have done whether or not it affects us directly. We don’t forgive those who have cheated us or done us harm, but we also do not forgive those who stumble into sin – especially if said sin is exposed in public. In both instances, we believe that the person accused of wrongdoing should receive the strictest form of punishment and under no circumstances should ever receive mercy or forgiveness. The elder brother in the story of the Prodigal Son serves as a great example for us.

As many of you probably already know, the Prodigal Son in Luke 15 (the Bible) inquired after his father’s wealth while he was still living. Although he was the younger son, he still was due a portion of his father’s inheritance after his passing, but he wanted it now which basically said that he also wanted his father dead. Even so, the father gave him his inheritance and the son went away and blew it all. After all his wealth was gone, and he found himself in hunger and poverty, he decided to go back to the father and repent and ask for forgiveness. Not only did the father forgive him but he threw him a huge feast in his honor, celebrating that he had come home.

The elder son was absolutely furious over his father’s actions. How could he just forgive this impetuous son of his and act like he had done nothing wrong? How could the father just throw the younger son a celebratory party when he had never done the same for the elder son in all of his righteousness. But hear the father’s response:

“‘My son,’ the father said, ‘you are always with me, and everything I have is yours. But we had to celebrate and be glad, because this brother of yours was dead and is alive again; he was lost and is found.’” (Luke 15. 31, 32 TNIV).

The real tragedy of this story, however, isn’t that the elder son was unforgiving. The real tragedy is that he himself did not realize how much he too had been a recipient of his father’s forgiveness and mercy. In all of his pride and self-righteousness and probably a host of other things that the Bible does not mention, his father had also shown him kindness and favor. And so, his reaction to his younger brother is not only inappropriate but hypocritical in that he was in need of the same grace that he envied his brother for receiving.

The Bible tells us this in Ephesians 4.32 – Be kind and compassionate to one another, forgiving each other, just as in Christ God forgave you (NIV). God has forgiven each and everyone of us for so much. Although we will never understand the gravity of our sin, we know assuredly that while we were still wrapped up in our sin and depraved minds that Christ died for us, granting us immediate forgiveness and connection with the God that we willingly denied and walked away from. If God, in all of his righteousness and holiness can forgive a people who have completely blown it, how much more should you and I forgive one another?

We forgive because we have been forgiven. We walk and stand for mercy, because we have been shown mercy. We cast aside bitterness and resentment and the right to avenge because we understand that we really don’t have this right at all. We give up the right to hold a grudge and instead allow God to be God and deal with it on his own terms. And whose to say, perhaps in our doing so the person who is on the other end of it might just be transformed as they look at us and see the very likeness of God in our choosing to forgive and stand for mercy.