Over the years, I have tirelessly lamented over the state of the Church and our inability to see the connection between our faith and our actions, especially concerning issues of injustice. And perhaps, some, and maybe even you, have grown tired of my rants – believing that I am way off my rocker, somewhere over in left field in an utopia-like parallel universe. But I must assure you, there is method in my madness, or in at least my constantly bringing up the same issue over and over again as if I had nothing else better to do. So, please, I beg you, bear with me a little bit longer. The crazy lady has a point.

You see, for me, concern for societal injustices in this world runs deep. Although I can honestly say that I have not always cared about these things, something happened in my life several years back that has caused me to think, to reflect, to pray in a different way. At last, I began to see that the poverty, the hunger, the genocide, the racism, the corruption in the world, was not always being perpetrated by unbelievers or those who did not know God, but by those who claimed to know Him intimately.

When I finally started to see that, I knew that we had a problem – a big problem. Because if believers, those who claimed to represent God, were doing these awful, awful things, what were the implications of these actions on our testimony? How many people were we preventing to come into the kingdom of God because of slavery, colonization, apartheid and segregation?  Who were we starving, ripping off, murdering in this life and affecting their eternal state in the next? To be clear, I am not saying that injustice inevitably leads to people denying God, but I am saying that the unjust actions of people of faith can often be a barrier to others coming to faith in Christ. 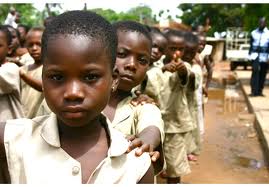 But I also sincerely believe that it does not have to be this way. My husband always says that the Church is the hope of the world, and if we are the hope, that means that there has to be a solution to the problem that we are facing here. And I believe that solution, in all actuality, is us. Because of Christ, and the sacrifice he made, we have the power and the wherewithal to change the things about ourselves that make us complicit in and even perpetrators of injustice. Because of Christ, I believe that we can look at the things going on around us, in our nation and also abroad, and provide a biblical perspective that is not jaded by politics but that is saturated in God’s Spirit.

Now that I have laid out the problem and the solution, here is an opportunity for you to get involved:

Conversations is a new ministry initiative that will give Christians an opportunity to explore the connections between their faith and social justice! Specifically, these conversations will ask –

At this first conversation we will watch the Line, a 40 minute film documenting the stories of people across the country living at or below the poverty line. From there, we will move into a broader discussion about other social justice issues and conclude with time in prayer.

So if you are in Minnesota or even WI (Hudson is only 45 mins away, maybe even less) I invite you to join us for this event. My hope and prayer is that as a united people of faith begin to dialogue around these issues, and develop concrete action steps, that society will change and ultimately, eternity will be impacted.

See, I had a point. Glad you stuck with me!