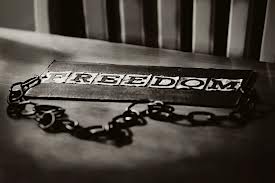 Yesterday, another senseless mass shooting took place at a school in CT. When I last checked the news 28 people were confirmed dead, 20 of them were children. One of the news stories reported that the gunman walked into his mother’s classroom, who was a teacher at the school, shot and killed her and then turned the gun on her students. He then shot several adults, before committing suicide.

I’m not sure what were the circumstances that led up to this particular situation. I don’t know if the gunman had issues with his mother, if he was crazy, or if he was just having a really bad day. What I do know is that earlier this week, another gunman went on a shooting rampage in Portland. This past summer, a man shot and killed several worshippers at a Sikh temple in Wisconsin. Weeks before that, another gunman walked into a movie theater in Colorado and killed 12 people, wounding dozens more.

These episodes only tell of mass shootings that have taken place in 2012 alone. I would be remiss if I didn’t mention the shooting of Trayvon Martin last February, the shooting of a teenage boy in Milwaukee simply taking out the trash, killings at a in-home daycare in Brooklyn Park, MN where 3 people lost their lives, the mall shooting in Brookfield, WI, the football player who killed himself and his girl friend just two weeks ago, and the shooting of another teen in Florida who was killed for playing his music too loudly. All of these incidents have different circumstances surrounding them, different reasons why people were provoked to behave the way that they did. But they all bear one thing in common – guns!

To date, we have yet to have a serious conversation about gun control in this country. Even with all of these occurrences, where hundreds of people have lost their lives, thousands of more who did not make the news, we still fail to do something! Instead, we let politics, the media, the NRA control us. We hide behind the second amendment which tell us that as American citizens we have the right to bear arms. God forbid that someone should take away our rights! But what if our rights are not making us more free? What if the rights that we fight to protect and hold on to are actually making us slaves?

Shortly after I found about the shooting that took place this morning, I went to go get lunch at a nearby Chipotle. As I stood in line, and it was a long line, its Chipotle, I couldn’t help thinking, “What if someone comes in here and just starts shooting? I’d have nowhere to hide, nowhere to go. Today could be my last day.” I remember that when the shooting in Colorado took place earlier this summer, the same fear gripped me as I worked at a coffee shop near my home. I feared that someone could just come in and go crazy.

I know I am not the only one. On the homepage of my facebook wall, dozens of my friends talk about being afraid to go out because of what is going on. Is that freedom? To me, what’s going on is likened to slavery. We are prisoners in our own land! Some people think that the answer is more guns, but really, is that logical? If the guns are the problem in the first place, how can more of them bring about a healthy solution – one where people come out alive at the end?

I know that there are many complex issues that need to be considered in order to have a conversation about gun control. I know that guns themselves don’t kill people, people kill people. I know that taking guns away, or limiting their accessibility would not put the end to all violent crimes. I know that many of the people who commit these atrocities are probably struggling with some deep mental health problems. I know that there are societal, political and personal situations that drive people to respond in this way. I get all of that! But what I am saying, please try to understand, is that we can’t allow what we perceive as barriers to get in the way of doing what we need to do as a people, as a nation, to get this problem under control. We have to start talking! We have to come together and start thinking strategically about how to get to the bottom of this issue that keeps taking the lives of precious, innocent people. Otherwise, we can’t sit back and continue to be shocked when these things happen. There is a saying that the definition of insanity is doing the same thing over and over again, expecting different results. Likewise, doing nothing to solve a problem that persists, expecting it to solve itself on its own is also pretty insane.

You, my brothers and sisters, were called to be free. But do not use your freedom to indulge the flesh; rather, serve one another humbly in love. For the entire law is fulfilled in keeping this one command: “Love your neighbor as yourself.” If you bite and devour each other, watch out or you will be destroyed by each other. Galatians 3.13 – 15