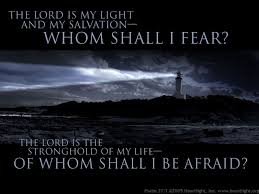 This week, a 46-year old man was arrested for shooting an eight -year old boy in the face in Dallas, Texas. The boy was playing outside his apartment complex when the older man opened fire on him for what seems like no apparent reason accept maybe bigotry. Thankfully, he is expected to survive his injuries.

Others have not been so lucky. On any given day all across the nation, people are severely injured and killed as a result of both accidental and purposeful gun use. The irony of this tragedy, however, is that gun possession is supposed to protect us; at least that is what the argument is. If more people have the ability to conceal and carry, then they will be able to stop someone who intends to inflict harm on the U.S. population. But it seems, at least to me, that the very thing that is supposed to protect us is actually destroying us.

This reality leads me to stop and ask what is the true reason that we need guns. Why do we need them to be a part of our society? Why should people outside of law enforcement and the military be permitted to carry them? Most would answer my question by saying that it is our right as American citizens. So then I must ask why we as American citizens feel the need to hold on to this right? To protect ourselves? From whom?

Who are we afraid of that we feel compelled to hold onto something that is ruining the lives of so many in our society? Is it the terrorist? Do we live in constant fear of what extremists might do to us? What is it about our foreign policy that makes them target our God-fearing nation? Are they sick and tired of our national interests superseding their own?  Are they bothered by our drone strikes which take the lives of their innocent children? Is this why they attack us? Is this why we live in fear of them?

Do we fear the teenager looking for trouble out of sheer boredom? Why do we feel the need to protect ourselves from him? Maybe a better question is why he is bored in the first place? Why doesn’t he have a job or why isn’t he involved in a community youth program that can help him identify his skills, talents and best attributes? Does he have access to these things or are they so out of reach that he can’t even imagine them as a possibility? Moreover, why does he feels shooting someone is entertaining? Has he, like many others, become desensitized after countless hours of playing violent video games? The imagery and messaging have led him to believe that life is just a game.

Or do we fear the other? The person who doesn’t look like us, doesn’t think like us, doesn’t believe like us? Do we live in constant fear of their presence and feel the need to protect ourselves from their erratic behavior? Do we fear that if given the chance, they will do to us what we have done to them?

Fear is a valid feeling but when it governs our actions as individuals and a nation it leads to disastrous results. Instead of leading by fear, what if we amend our behavior? What if we begin to actually take an interest in what is going around the world instead of trying to dominate the world? What if we stop marginalizing those who are different than us, and start sharing our resources? Maybe it wouldn’t change much and we would still live under the constant threat of those who want to attack our country, our family, and our freedom. But I doubt it.