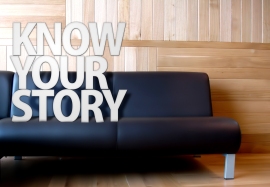 Several years ago, I read Barbara Kingsolver’s Poisonwood Bible. It is a fiction novel that weaves the lives of a dysfunctional missionary family with the people of Zaire, now the Democratic Republic of Congo. As the novel tells the tales of this family, it also exposes the dirt in two governments – namely Zaire’s and America’s, America who sponsored a coup to overthrow Zaire’s newly democratically elected president Patrice Lumumba. But this is not the focal point of the story, rather it is a snippet on a larger timeline that is Zaire’s culture and history.

For some reason, after reading the book, I flipped to the back to look at the bibliography. As I strolled through the references that Kingsolver used to research and write her book, I noticed something quite peculiar – there didn’t seem to be one African source among them. No, wait! I looked through the list again and noticed Chinua Achebe’s “Things Fall Apart.” In truth, I did recognize his writing toward the end of Kingsolver’s piece and thought that it almost didn’t fit. And in all honesty it shouldn’t have. Achebe’s work was about Nigeria and more specifically touched on the culture of the Ibo people. Kingsolver’s novel was about Zaire – what was the connection between the two? It seemed like Achebe’s piece was an add on or an afterthought, then only to prove to Kingsolver’s readers and perhaps herself, that Africans played a role in telling their story.

Fast forward almost two years to the present day. I recently ran across an article that heavily criticized Tim Wise and the white privilege he uses to elevate issues around race in this society, ironically the same privilege which he also uses to criticize the very people he works to defend. Though I respect Wise’s work, I must admit that when I first learned about him I was a little skeptical. I wondered why his story about racism and all its related vices was the one being told. Why was his story the expert story based on communities of color very lived experiences? I wondered where were the black voices, the Latino voices, the immigrant voices speaking on behalf of their own issues instead of someone speaking for us.

The good news is that those voices are there. In fact, there are plenty of them. The bad news is that often get drowned out by the Wise’s and Kingsolvers of this world who pimp our story for their personal gain. This happens in the media all of the time. How many times do we hear about some destitute man living in poverty in India, or a single woman with two kids with no job living on the streets in New York City, or a pot-bellied kid in Haiti, or stories of the homeless, the hungry, the dying among us? Sure, these stories bring awareness to the very problems that plague us all, and that is so important. Without this awareness raising, many people would not know about these realities. However, more than this, these stories bring revenue, fortune, and fame to the ones that tell them and do very little to change the lives of those they are making money off of.

A few years before I read Kingsolver, I ran across an article in the New York Times that told the story of a woman dying with AIDS in Africa (the name of the actual country escapes me now). The news article shared that antiretrovirals were all that this woman needed to live but that due to poverty she did not have access to this life saving drug. As sad as I found this story, I wondered if the reporter, the New York Times, or whoever fed them the story about her, did anything to help change her situation. Did they provide her the drugs, give her the money, or help her get connected to some medical NGO who could help her out? While the story is a worthy story that needs to be told, if they did nothing to alleviate her pain their inaction proves to be a greater injustice than the AIDS she was dying from.

A lot of people are getting rich at our expense! Moreover, this manner of storytelling seems to perpetuate the injustices that we face even more, because others become the de facto experts of our lives, our realities, and our experience. Which means they also become the so-called experts on the solutions that will save us but they are not. We are. This is why we must control our own story. We must tell our own story, and tell it often to anyone who is willing to let us bear our souls, our hearts, our truths, our realities. In telling in our own way and on our own terms, we prove that we have more power than people, including ourselves, give us credit for.  Power changes things. And that is what counts.