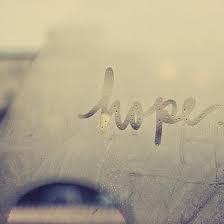 We all have those favorite Bible passages that we turn to over and over again. Scriptures that we have underlined and earmarked; promises that we have circled time and time again so much that the paper is wearing thin in those spots. The Magnificat, found in Luke 1, has never been one of those passages for me. Nope, never. There is nary a scratch on the whole page. That is until now.

I recently read an Oped-Column by Charles M Blow in the New York Times that instantly turned my mood sour. His piece “For Some Folks, Life is a Hill,” was so honest and true that I became frustrated, sad, and despondent in a matter of moments. Here is a snipet of what he said:

For some folks, life is a hill. You can either climb or stay at the bottom.

It’s not fair. It’s not right. But it is so. Some folks are born halfway up the hill and others on the top. The rest of us are not. Life doles out favors in differing measures, often as a result of historical injustice and systematic bias. That’s a hurtful fact, one that must be changed. We should all work toward that change.

It’s not that his words were exceeding profound or novel. But against the backdrop of everything that has been happening to black people and other communities of color in 2013 alone, his column solidified the sad reality that this country still has a long way to go in achieving racial equity, full inclusion, and reconciliation. And that reality is troublesome because in the absence of racial equity, people of color struggle with unemployment, homelessness, incarceration, food insecurity, and even face untimely death.

But we’ve been fighting for the dream of full inclusion for a while now. Hundreds of years in fact. How much longer do we have to wait before even a component of the dream is realized?

As I reflected on this question and stewed in my sorrow, I remembered the Magnificat. The same passage of Scripture that I had more or less ignored for years quickly became my comfort as I thought not just about Mary’s rejoicing over the news of carrying the Savior of the world in her womb, but about what His advent meant within the larger context of human history:

“He has given help to Israel His servant, in remembrance of His mercy, As He spoke to our fathers, to Abraham and his descendants forever” (Luke 1.54, NASB).

Two thousand years before Mary, God made a promise to Abraham telling him that he would make him the father of many nations through his son Isaac. Isaac was the father of Jacob, who was the father of the Jewish nation, through whom the tribe of Judah ruled and Jesus is a direct descendant of that. He is the fulfillment of the original promise made to Abraham when God told him that all the nations of the earth would be blessed through him. Hallelujah! (Genesis 12 and 15)

But get this, even before this promise made to Abraham, God promised Adam and Eve that he would send a seed to crush Satan, defeat sin, and conquer death and the grave (Genesis 3.15). Again this promise is fulfilled in Jesus at least four thousand years after the initial covenant was made.

In the course of that four thousand years, life happened. Sin was leashed upon the world, manifested in human hearts, and caused people to do some strange and awful things to one another. Murder. Oppression. Slavery. Genocide. Rape. Conquest. Colonization. Empire.

No wonder Mary is happy. No wonder she breaks out in song, rejoicing over the fact that the baby in her womb IS the Savior of the world. God did not forget the promise that He made to her, the Jewish people, the world – He was ushering the kingdom of heaven through Jesus which would jumpstart the process of the healing of the nations.

Two thousand years after Mary, we lie between the start of that process and its completion. This is the already/ not yet tension of the Gospel. Already we are being saved, already we are being redeemed, already we are being made new as professed in 2 Corinthians 5.17 – 20. But, and it’s a big BUT, the effects of sin still plague the earth. As a result, there is still murder, oppression, slavery, genocide, rape, conquest, colonization, and empire, all of which has been committed against communities of color in America alone since Columbus sailed the ocean blue. And if governments and powers could do this to its own people in this county, you have to wonder what it has done to the rest of the world.

For many of us, life certainly is a hill. We’ve been trying hard to climb it, level it, blow it up and still we are stuck at the bottom. But in the same way that God in His mercy remembered Israel, he will remember us! We have been grafted into the original covenant through Jesus Christ. By believing in Him, what once strictly belonged to Israel has been extended to all of us who will profess His name (Romans 8).

Although I do not know how long (no one knows the day or the hour right?), we still have a long way to go to fully receive what Jesus has promised. In the meantime, we have to adhere to the words offered by Blow in his article and work toward dismantling the historical injustice and systemic bias. In doing so, I believe we will begin to see components of God’s kingdom manifested on earth right now. For the sake of the oppressed, and the marginalized, and the hungry, and the homeless, and the forgotten among us, let’s do it now.