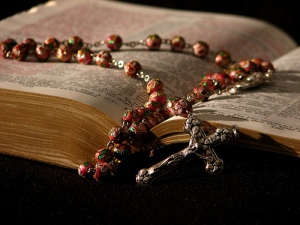 On Easter Sunday, a little over 22 years ago, I came to know the Lord at my grandmother’s church – Evangel Assembly of God in Milwaukee, WI. Since then, I have spent the better part of my life attending Assembly of God churches, schools, conventions, and summer camps, and am even licensed by the denomination – all this being said that I know the AG’s history, beginnings, theology and teachings inside and out. While there are many parts of this spiritual heritage that I am proud of – acknowledgment of the gifts and physical manifestations of the Holy Spirit, openness and exuberance in worship, and emphasis on evangelism and discipleship – I am concerned that we largely lack a biblical response to the social justice issues in our day. In the face of racial injustice, poverty, hunger, genocide, rape and so many other maladies, the Assemblies of God is quite silent. But we are not the only ones are mute on these pertinent issues – many denominations and congregations across America also lack a robust social justice theology and thereby fail to address the many ills that our pervasive in our society.

I could offer a thousand theories as to why many denominations and congregations  across America, and perhaps around the world as well, haven’t taken the time to formulate a theology of justice. While I will not take the time to unpack all of these theories, one that I want to point out is our tendency to assign greater importance to the spiritual world while neglecting the material. This dualistic approach, which stems heavily from Plato’s influence on the West and consequently the Church, leads us to believe that everything that is spiritual in nature is good and conversely, see all that is material in nature as evil, or at least not important.

As a result, we’ve been conditioned to believe that spiritual disciplines such as prayer, worship, fasting, and Bible reading are the most important aspects in a life of a believer. And we likewise believe that gifts of the spirit such as speaking in tongues, healing, prophecy and discernment, are the only evidence that the Holy Spirit is moving in our lives. But what we don’t realize is that the words that we declare with out mouths and the actions that we do with our hands and feet our equally important. We don’t often see the connection between the system of belief that we teach and how we actually live.

I have had a hard time with this disconnection for a long time. I grew up well acquainted with the Azuza Street movement of the early 1900s, when the Holy Spirit poured Himself out on a group of believers in California. Led by a black man, William Seymour, these people experienced the baptism of the Holy Spirit with speaking in tongues. But they were also united across racial, gender, and class lines, something that was quite exceptional in a society that was completely divided along these lines.

But the spirit of unity that was an early characteristic of this movement did not last long. Upon visiting the movement, Seymour’s psuedo-mentor, Charles Parham denounced the work of the Spirit in the revival because blacks and whites worshipped and fellowshipped together. Parham was not the only one who had his grievances about the movement as many white Pentecostals harbored similar sentiments and spoke out against Seymour. After the revival ended in 1909, the racism that had come to define America also began to define the Pentecostal movement, hindering the work of reconciliation that the Holy Spirit initiated. White people failed to understand the connection between the outpouring of the Holy Spirit and the way that they treated their black brothers and sisters.

This disconnection between the spiritual and the material has also deeply influenced our negligence in adequately respond to other injustices in our society and subsequently from forming a theology of social justice. If we believe that inward expression and orientation is the only thing that matters, we will have little regard for how our brothers and sisters in our country and around the world are treated. If we believe that what we believe is of most importance to God, we will not see the need to do justice for those who are trapped in the criminal justice system, the thousands of refugee children who are stuck at our nation’s borders, those without food, clothing or shelter, or those who are sexually trafficked on a daily basis. And that’s just within the United States – I have not begun to touch on the things going outside of our borders.

Fortunately for us, Jesus provides us with a different model for seeing and doing things – just as He always does! He teaches us to connect the spiritual with the material and imagine a different reality in doing so. In the Sermon on the Mount, as recorded in Matthew 5 – 7 of the New Testament, Jesus gives His disciples some pretty clear instructions on how to pray. But this prayer is extremely radical because it suggests that those who pray it will live radically different. Jesus assumes that those who pray this prayer, which emphasizes God’s justice and peace on earth, will in fact reorient themselves in light of the very things they are praying.

Over the next several weeks, I am going to unpack the parts of this prayer which I believe serve as a model for crafting a theology on social justice while also continuing to explain the importance in doing so. Please join me in this quest, offer feedback, and look for updates every week.

Here are the links to subsequent weeks which will be added to this post as the series progresses:

The Lord’s Prayer as Social Justice Theology: Our Father (Part 2) – “If we can understand that God isn’t just for us, but is holding it down for billions of other people across the globe, we will start to do life differently. All of a sudden, we stop seeing life in terms of ‘me’ but ‘we.’ That alone will transform our behavior and how we act towards one another.”

8 thoughts on “The Lord’s Prayer: a Social Justice Theology”