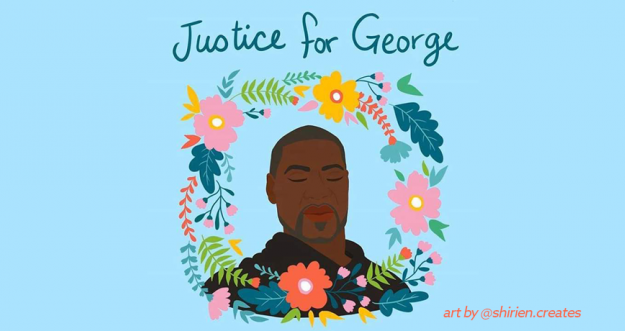 A reflection I wrote a few years ago keeps ringing in my ears as I think about what work will look like tomorrow and from here on out. For the last four years, I have worked for the City of Minneapolis on issues of “equity,” and for the last four years, it has felt like one big joke. More than anything, it has felt as if the work has been about making the minutest adjustments to uphold institutions that protect whiteness, instead of actually doing right by Black people. At times the work has been gratifying, but everytime a Black person gets killed, I am reminded that we have been collectively gaslit and deluded into thinking that the system could ever truly change.

I post this reflection because I am past tired of the charades and the faux attempts at doing something. Yes, it is a reflection of my work at the City but it could be easily applied to any of us who show up in these systems, expecting them to do right by us. I do not trust the system, at all, and so I have no hope that it will change. It is not me being pessimistic but understanding the truth of what Derrick Bell said years ago, that racism is a permanent state of our nation and its institutions (we have more than 400 years of proof). Which means that we must move beyond this idea of reforming or tweaking this system, and have to build a new one altogether.

By the way, it is not lost on me that this is happening now, one year after we honored the 400 year commemoration of Black folks in this country. The fact that George Floyd’s murder and the violence of white supremacists in our community is happening now, after we just reflected on the fact that we are still here in spite of everything that we have been through, is a reminder that they do not intend for us to be. We must never forget that and must vigorously fight to remain, for George Floyd and for our own sake.

Here we are doing the best we can
Giving all we have
Laboring day in and day out
Sleepless nights
Restless days
Heartburn and indigestion
Fatigue and burnout
Trauma upon trauma inflicted upon our mortal bodies as we stand with arms straight up, trying To keep the sky from falling

But the foundation is crumbling
In fear it wages war against anything and everything that challenges its authority
Pretending to be Oz but we done looked behind the edifice a long time ago
There is no wizard
No greatness
No magic
About its being
Like a virus, it feeds on others
Black fathers and sons
Small immigrant children
The land and the sea
It continues to consolidate power
Grasping for whatever it can reach
Taunting those who don’t realize that for all it purports to be,
It has no clothes

And it is dying

Dying a slow and painful death like all the ‘greats’ before it
Becoming a non-entity
An after-thought
An embarrassment for all those that live in its borders
A laughing stock to all those who live without
Old and senile It’s beyond decay
It continues to suck air but it can’t even breathe on its own
That’s why they slay us, that’s why they cut us down
Confusing us with Jesus, they think our blood will save it

We think we can save it
Perhaps if we adjust our strategies, change up our tactics, we can keep the walls from closing in
So we fight and resist,
Not for our liberation
For its preservation
Failing to realize that at a moments notice it will dispose of us as it disposed of them

Don’t get me wrong, we are all well intentioned
We hope against hope that our work, our projects, our committee meetings, and our prayers could actually change things
And that our efforts might keep this beast on life support a little while longer
But trust, the day is coming when all the breath will go out of its body
And nothing will save it

This thing is dying
We can’t set our hope on its reformation
The death angel is at the door It’s about to cross over into eternal damnation
Not paradise, not with all the blood on its hands
The bodies it has crucified testifies against it
Will we do so too?
Or will we continue to nurse what is already dead?

I can hear the bagpipes playing in the distance. The mourners are lining up on the streets, trailing behind the hearse. In dismay, they scream and grit their teeth in disbelief because this is where they placed their hope.

But don’t you worry
Those whose bones are buried beneath its foundations will come back to life
And mothers will be reunited with their sons
Fathers will come home and daughters will sing for joy
Land will be restored, the sea will once again give life
And the holy waters of heaven will flow as they did in the beginning
And we will live again as the empire lives permanently under our feet