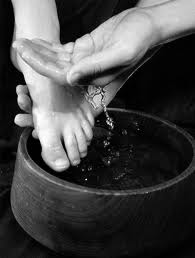 Although I consider myself relatively wise, I know that I am still quite young and have a lot more wisdom to attain. However, one thing that I do know, call it as a result of being wise or just my own personal experience, is that people do not like being taken advantage of. I have never shook hands with someone who liked to be called out of their name and I have never stood next to anyone who relished in stereotypes, generalizations or the like against themselves or anyone else who thinks, looks, or lives like them. And maybe I am wrong, maybe there is someone who does not mind any of these things and actually relishes in them. Perhaps you are that person, and if you are I would like to meet you so that I can run you over with a tractor to see if you have any feeling at all in your body.

There is method in my madness, I swear! The reason that I feel confident in making this claim, that no one likes to be picked on, or talked about or even taken advantage of is because it is simply not human nature to brush things off as if they do not affect us, because in brushing it off, it means at some level we were affected. And although we strive to be like Christ in every area of our lives, if we are honest with ourselves, we have to admit that one of the hardest areas in following Christ is taking up our cross and following him even if in that following we will get talked about and laughed at. He never said where we had to follow him but somehow his death reminds us that to follow means that we too must die.

Sometimes I wonder how Christ did it; you know the verbal and ultimately physical attacks by people. Scripture tells us that people called him all sorts of names and mocked everything he said, and yet he took it. After his arrest, when he sat before those who would eventually try and crucify him, he took every single lie and accusation that they said about him and remained absolutely quiet. Before Pilate made the final decision to have him crucified, and he allowed the Roman guards to beat him senseless, people still jeered him and mocked him, and he took it. Even as he lay on the cross, giving every ounce of energy he had to keep himself alive, people taunted him, and his response: “Father, forgive them for they know not what they do.” And the thing about it was that he was God and he was sinless, and so not one single accusation that they made against him was true, and yet he endured. Is it any wonder why Paul could confidently write that Jesus being in the form of God did not equate equality with God as a thing to be grasped, but humbled himself?

Paul tells us about what Christ did because he wants us to demonstrate the same attitude of humility that Christ did. In the few years of experience that I do have, I can honestly say that I have not found this easy. I have lost count of the times that I have come home in tears because someone called me a name that was not on my birth certificate, or because someone judged me incorrectly. I cannot even name the numerous occasions when someone did not like me on account of my skin tone, my physical features, or my beliefs-to do so would take all day and night.

Walking in this type of humility requires me to lay down my rights, my need to avenge, my desire to boast in myself and instead, take on the identity of Christ. It demands that I resist in justifying myself, understanding that I am already justified as a result of Christ. It is about taking the high road, turning the other cheek, giving the extra coat, walking the extra mile. Though some may deem this type of response as cowardly, and maybe even weak, in all actuality its only possible for those who are strong.

This is an excerpt of my book, Dancing on Hot Coals. Do you have a Kindle, iPad, or a Nook? Perfect! Get the book for only $2.99 on Amazon.com. Click here to get your copy today.