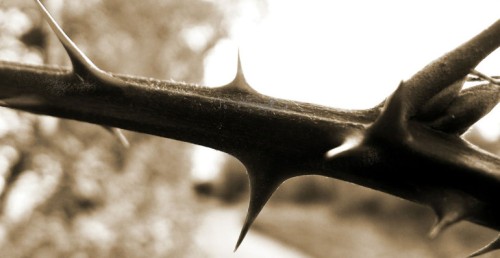 I woke up Wednesday morning feeling lost and confused, remorseful over the events of the night before. So much shame and a deep feeling of wantonness filled my chest, comprising the air circulating in my lungs trying to keep me alive. My head ached, my body was sore, and I wanted to vomit up the evils that threatened to overtake the dark-skinned body that I inhabit, telling me that I don’t belong.

For years, I have felt this though sometimes in less subtle ways. Being a product of the 80s, my grandmother’s realities were not my own. After all, I have always lived in the progressive north and was born after monumental civil rights legislation was passed. At the same time, racism has always been part and parcel of my life’s experience, whether I lived in the hood or the burbs. Mass incarceration. Rodney King. Massive unemployment. Displacement and gentrification. Police Brutality. And discrimination. These are all daily realities of living in this black body, here in this country that claims to love God so much while it despises God’s very creation.

But Wednesday, Wednesday the day after that night that we have all been dreading more than 18 months, further intensified what I have always feared. In many ways, it made the covert nature of racism more overt as the nation elected a fascist, white supremacist for president. This man was clear about his intentions for people that represent any difference from the cis-gendered white male identity, you know – Black, American Indians, Asian Pacific Islanders, Women, Differently Abled, Queer and Gender Nonconforming folks.

And his people salivated for it, no matter how much we tried to reason. They ignored our pleas and appeals to the higher conscious and Christian morality. They so much lusted for the power of days gone by when it was okay to call people Nigger and lynch them in the next moment. They craved the freedom that comes with male patriarchy and treating women as sex objects with no personal ideas and inclinations. To them, this was liberation, they only felt secure in their humanity when they stripped others of theirs. They denied the image of God in people who look like me, insisting that in a world of 7 billion people their’s were the only lives who truly mattered. So they refused the call of the prophets and priests and the saints among us, quenching the spirit of God begging to break forth in themselves in order to satisfy the depraved yearnings of the flesh.

So now. We grieve. We lament. We the black ones whose lives are already under attack every single day. We the American Indian ones who are fighting to hold on to the last bit of land we have and save our earth. We the undocumented ones – Asian, Latino, African, and Caribbean – who fear instant deportation, whose children are too scared to go to school, who are afraid to even comprehend what it is to go back to their own countries of origin that have been decimated through US foreign policy, trade, and war. We the queer ones, whose bodies people just won’t allow to exist. We the Muslims who’ve been called unworthy, who’ve been labeled terrorists, who are stopped and profiled before we even leave our homes. We the women, who already experience assault, whose bodies are already over sexualized, whose voices are already silenced because no one dares to believe our stories are real.

We are the voices calling out from the margins, raising our voices to denounce America’s sin. We weep because you have chosen the fleeting pleasures of whiteness over our existence. We wail because you used religion to cover up your hatred of us, insisting that this was about God when in fact, you denied him over and over again. We shake our fists in rage, fearing what may happen, agonizing over what has already happened to our babies, our folks, and our kin as the hoods come on and the racists, who we’ve always known to be racist, come out of hiding to denigrate our existence.

We forgive you. And we will resist you. Our liberation and even yours, is tied to our resistance of this great evil that eats at your soul.

We love you. And we will rebuke you. For if we do not rebuke, we do not love.

We wish to be reconciled to you. And we will protest you. For reconciliation cannot occur without a prophetic telling of our pain and suffering. If Christ could not reconcile us to God without calling us into repentance, you should expect nothing less from us. We call, no we implore you to repent and be delivered from the sin of white supremacy that steals our land, kills our bodies, rapes our women, and denies our sons and daughters the opportunity to be free.

One thought on “Lament Song”