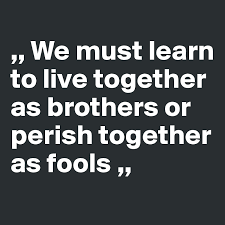 Last week, I received a call that no parent ever wants to receive – that there was a potential threat at my child’s school. After the police received information that there was a suspicious person outside of the building, the school was put on code yellow to ensure the safety of the children and faculty as well as to allow for more investigation. Fortunately – thank you Jesus – the police didn’t find anything and all returned to normal. Even still, the fact that there was a remote possibility of a threat sent me into an emotional frenzy and a slew of what-ifs.

What-ifs. I was here just a few weeks ago. As I came home from work and prepared to turn on my street, I noticed a cop car blocking most of the intersection. Determined to get home and start on dinner, I cut through the parking lot of a nearby CVS only to be met by a cop on the other end. After stopping me, the cop walked up to my car door, opened it and informed me that the street was closed. Unsure of what was going on, I explained that I lived on that street. When I disclosed the address of my residence, the cop informed me that there was a shooter nearby and that if I wanted access to my building, I would have to go the other way around, park my car, and walk. Not wanting to take chances, I decided to take my kids to dinner away from the area, hoping that by time we were done, all would be clear. But it wasn’t. For nearly three hours, we waited to receive word from my husband – who happened to make it home right before this charade unfolded – that the cops had opened up the street and it was safe to come back home. And with every minute we waited, I agonized over the sense of normalcy that have characterized things like this.

In our day and time, it is becoming increasingly normal to encounter acts of terror throughout our society. While we go throughout our day hoping and praying that the next attack won’t hurt us or our loved ones, we do very little to change the reality that violence characterizes our society. Whether that violence is exacted by the hands of the police, politicians ready to kill anything that moves contrary to their will, religious extremists, white supremacists, or lone gunmen who just woke up on the wrong side of the bed, the fact of the matter is that violence is the way that America does life.

Because violence dominates our way of being in the world, we also live in a heightened state of fear and anxiety. Fear over what someone might do to us. Fear of random strangers on the street who happen to cross our paths. Fear of those who look, believe, and act differently than mainstream white folks so that at every misstep we jump, ready to defend ourselves. And then, a loose cannon gets on television and tells us that the fear is justified. That those people over there are the root of the problem and not hundreds of years of U.S. domestic and foreign policy. And they insist that more guns and violence is the solution. ‘Arm yourselves.’ ‘Protect your family and your property.’ ‘Shoot first – ask questions later.’ As a result, everything and everyone becomes a target. I swear, we’d shoot the wind if we could.

Is this who we’ve become? Has our existence, our purpose in life, boiled down to this? Are we nothing more than strangers, and – I dare say – enemies, to those who don’t ascribe to our way of doing things? Will we continue to devour and destroy those who we fear poses a threat to our existence like wild, ravenous animals? Can we not find a way to move forward that doesn’t involve more loss of life and human connection?

I believe we must. We have to dig ourselves out of the deep abyss that we’ve created – the abyss which chokes out life and disregards our God-given humanity. While the U.S. has long operated under the guise that this mass of marginalization and death was for others – black and brown folks, the weak, those who were easy to exploit – the fact of the matter is that we’ve been digging ditches for our own burial. And the more we target and silence others, we compromise our own ability to breathe.

Nothing makes this more clear than the looming threat of climate change. We are now in crisis mode. Of a truth, communities of color and indigenous communities over the world are facing the most adverse realities of this right now as whole land masses are predicted to soon be under water and weather changes ruin crops and other resources. But the reality is the devastation will soon affect us all, which emphasizes the need for us to act as one human family, placing aside individual – and frankly monied – interests for the sake of the common good.

We are connected. We are one, big human family. The fear that defines us and the violence that characterizes us is not only a threat to marginalized groups at the bottom of the barrel, but all of us. The time has come for us to put down our arms, overcome our racism, xenophobia, and greed, and walk back toward one another so that we all may live.

*Quote is from Dr. King, link to image >